A ROUND TABLE WAS ORGANIZED IN GENEVA ON THE THEME “TRANSPORT AND CONNECTIVITY POTENTIAL OF THE CASPIAN SEA REGION: AZERBAIJAN AND TURKMENISTAN - THE SHORTEST ROUTE”

On February 26, 2020 at the UN Office in Geneva, Switzerland, as part of the 82nd session of the Inland Transport Committee (ITC) of the United Nations Economic Commission for Europe (UNECE), initiated by the Permanent Mission of Turkmenistan to the UN Geneva Office, together with The UNECE and the Permanent Mission of the Republic of Azerbaijan to the UN Geneva Office, organized a round table on the theme “Transport and connectivity potential of the Caspian Sea region: Azerbaijan and Turkmenistan - the shortest route”.

Keynote speakers were Ms. O. Algaerova, Executive Secretary of UNECE; Mr. Umberto de Pretto, Secretary General of the International Road Transport Union; Mr. Tadeusz Josda, Chairman of the OSJD Committee; Mr. I. Runov, Executive Secretary of the International Center for Transport Diplomacy (as moderator); Mr. E. Valizadeh, Deputy Minister of Transport, Communications and High Technologies of the Republic of Azerbaijan; Mr. Hu Chen, Permanent Representative of the PRC to the United Nations Office at Geneva; Mr. Stefano Paci, Deputy Head of the International Relations Division of the Directorate General for Mobility and Transport of the European Commission (from Brussels) and a number of heads of country missions at the ambassadorial level (Tajikistan, Kyrgyzstan, Uzbekistan and representatives of other international organizations). 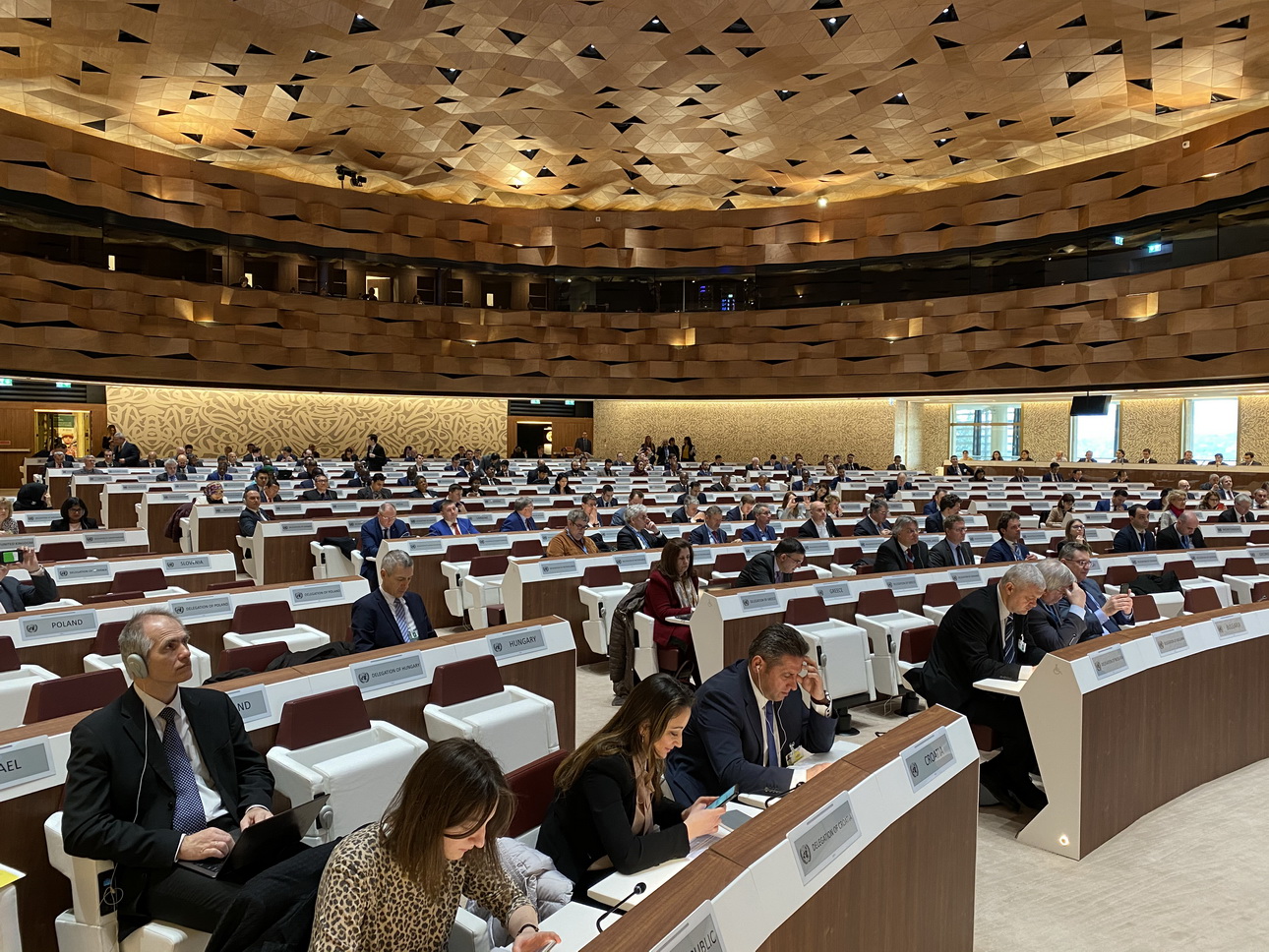 One of the goals of the event is the presentation of Turkmenistan’s transport capabilities, infrastructure policies and state achievements under the leadership of the President of Turkmenistan Gurbanguly Berdimuhamedov in the context of the development of international cooperation between the countries, a vision on further prospects of transport routes and views on the main aspects raised in UNGA resolution A / RES / 72/212 “Strengthening the links between all modes of transport to achieve the Sustainable Development Goals”.

At the end of the round table, the Permanent Mission of Turkmenistan organized a photo exhibition, including the country's achievements in the field of transport (railway, road, air and sea communications) over 25 years of acquiring the status of permanent neutrality of Turkmenistan.

SEMINAR ON COLLABORATION BETWEEN THE STATE AUTHORITIES AND MASS MEDIA...

TURKMEN-QATAR POLITICAL CONSULTATIONS TOOK PLACE IN THE CAPITAL OF THE...

THE OUTCOMES OF THE HIGH-LEVEL CONFERENCE “GREEN CENTRAL ASIA” AND A M...

Event dedicated to the 25th anniversary of the Permanent Neutrality of...